64-layer 3D NAND Flash Memory is here and to us, that means bigger, better, and faster data storage on the SATA 3.0 6GB/s interface. Who would complain, right?

With an up to 2TB storage capacity support, you have more space flexibility to work on, which should make many video and photo editors happy as they can now process more data with more speed. 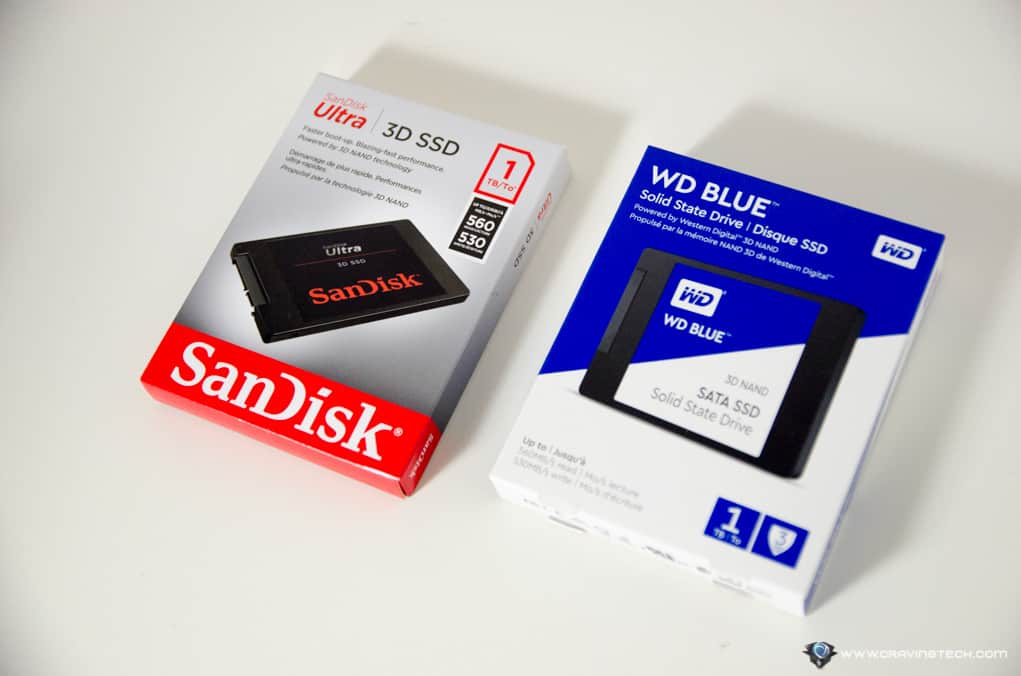 If you want to find out more about 3D NAND technology, there are more technical articles like the one from The Verge’s What is 3D NAND article, but let’s skip those technical details and look at why you would want these drives as a general consumer.

In short, none. They both have identical hardware components and specifications. So, if you stumble upon these two together, it does not really matter which one to get. Note also they are both made by the same company, Western Digital (SanDisk was acquired by them some time ago).

Apparently, they are just being advertised to target different markets:

According to WDC (Western Digital Corporation) Product Marketing Manager, Hui Low, when asked by us, this is because both brands have their respective loyal customers and Western Digital want to be able to cater to both fan base.

So if you are already familiar and use SanDisk products, go for SanDisk’s. If you grow a fond of the WD brand, go for WD’s. But as Linkin Park used to say, in the end, it doesn’t really matter. You’ll be happy with your choice. 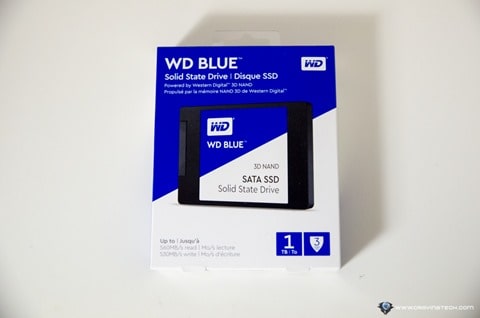 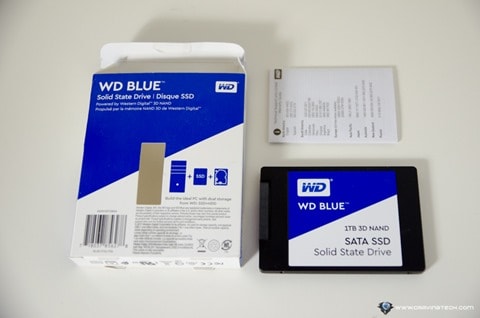 In case you are not aware of the WD colouring scheme, Blue is designed for everyday users – a sweet spot in terms of performance and pricing. It’s the model that most of us would get and install in our machine (both desktops and laptops). We’ve also reviewed all models of Black (WD Black 6TB HDD), Blue (WD Blue 1TB SSD), Red (WD Red NAS 10TB HDD) if you want to have a read.

You can also download WD SSD Dashboard to monitor and manage your WD drives and download the Acronis True Image WD Edition software for free so you can clone and migrate your old drive to the new WD SSD with ease.

Running a benchmark test with CrystalDiskMark shows great results. I managed to get the claimed 560MB/s Read Speed and 530MB/s Write Speed: 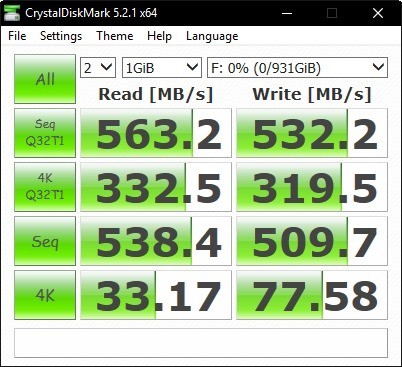 WD 3D NAND 1TB also has an average active power of 60mW, better than the 70mW of its WD Blue 1TB predecessor. But let’s get back to the SanDisk Ultra 3D SSD. Compared to the previous models, the latest Ultra 3D SSD that features the new 3D NAND Flash Memory definitely yields faster Read and Write Speeds.

From my own benchmark test, we get the same claimed speed: 560MB/s Read and 530MB/s Write Speed. You can monitor and manage the SSD with SanDisk SSD Dashboard and it comes with a 3-year limited warranty, like the WD 3D NAND SSD. With a larger storage capacity support (up to 2TB), 25% lower power consumption, and faster Read and Write Speed, there is nothing to be complained about. Both WD Blue 3D NAND and SanDisk Ultra 3D SSD are here for the taking and to give you the speed and capacity you’ll always need in your hungry system.

It’s probably a never-ending argument whether a 10-20MB/s speed increase makes a difference (after all, the bottleneck comes from the SATA 3.0 6GB/s interface), but if you are looking for an upgrade to your current system, having the fastest SSD is always a plus and if you have the money, why not?

Having the new 3d NAND SSDs in a notebook/laptop means you’ll be able to squeeze more out of the battery life too, and the bigger capacity support means you can now process bigger media files like 4K video files, and have more games stored to play.

Samsung EVO SATA SSDs (with 540MB/s Read and 520 Write Speed) have been quite popular for their performance for some time, but now, we’ve definitely had a new winner!

Disclosure: Sandisk Ultra 3D SSD & WD 3D NAND SSD review samples were supplied for reviewing but all opinions are mine and not paid