COD Advanced Warfare Review – Call of Duty (COD) games have come a long way. They were mostly focusing on a fast-paced FPS (First Person Shooter) multiplayer experience with the single player campaign telling a story about wars on multiple fronts. Then, they occasionally throw in some extras, like killing zombies or aliens in Call of Duty: Ghost. Even though the past COD games have always been following the same formula throughout the series, Advanced Warfare is a little bit different.

Apart from having some futuristic wars with believable (and non-believable) futuristic armaments, it has one major change that changes everything. The graphics engine. And if you say that a good game is all about gameplay, I disagree partly. Powered by the new CryEngine 3, COD Advanced Warfare brings a fresh new look at Call of Duty with tons of goodies like better facial animation, textures, and realism. The difference is definitely like night and day  – which you have probably noticed from its trailers before the launch. 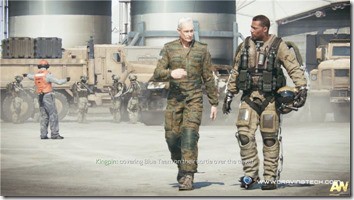 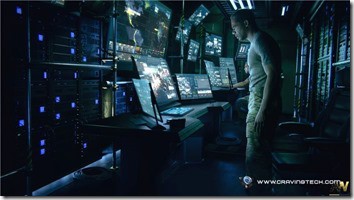 And, you must have seen Kevin Spacey faces everywhere on the trailers, too. Thanks to CryEngine 3, characters come to life. Gone were the plastic looking faces from the previous Call of Duty games and the standard in-game animations. There are just moments in the game where it’s hard to differentiate between an in-game cutscene with a pre-rendered one. They just feel so real, especially the actors. Here is a really nice shot of Kevin Spacey with the game’s engine: 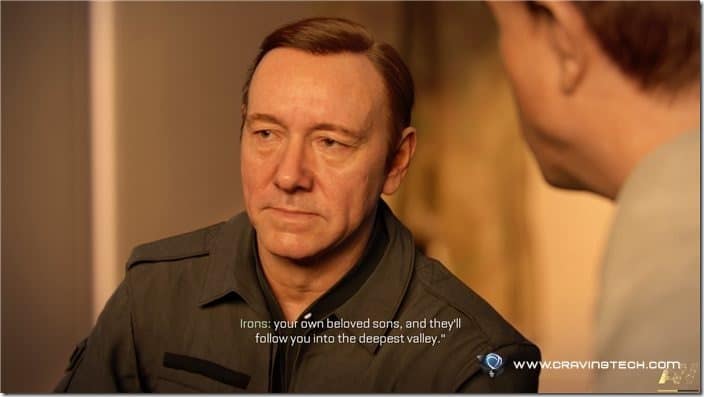 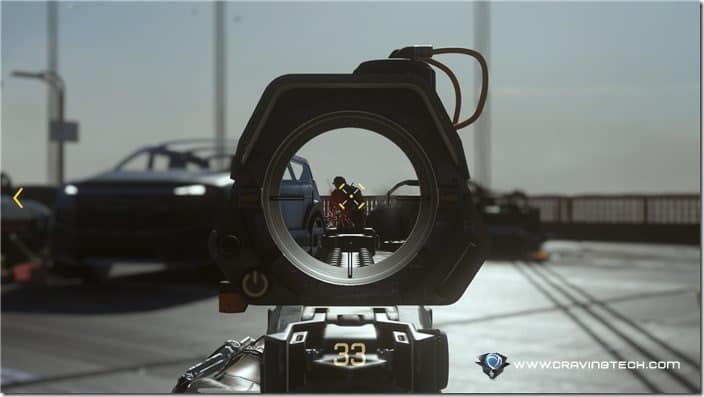 The single player campaign is actually the best Call of Duty campaign I’ve played so far (compared to COD:Ghost and Modern Warfares). This time, you’ll be playing as one character, instead of being switched around to different characters from different fronts. Where some COD stories could get disconnected every now and then, COD Advanced Warfare storyline is more linear and solid with their character development. Don’t expect it to be like the game “Last of Us”, however. You probably still won’t care too much about your teammates, but at least you can now remember the names of these characters.

Rather than just going for the kill of a big, bad boss, the campaign has some twists here and there – which I won’t spoil in this review. The never-ending, same-looking-enemies respawning-non-stop in the old Call of Duty games aren’t present in Advanced Warfare too. All changes are for the better. 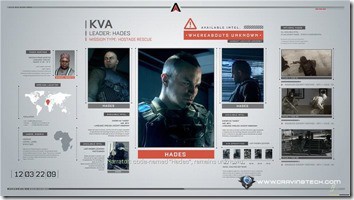 Radio chatters from your team members add story and gameplay elements, to keep you from just running and shooting. Well, if you want to, you can just ignore the chatter. But Advanced Warfare encourages you to experience the story a little bit better compared to the older COD series. 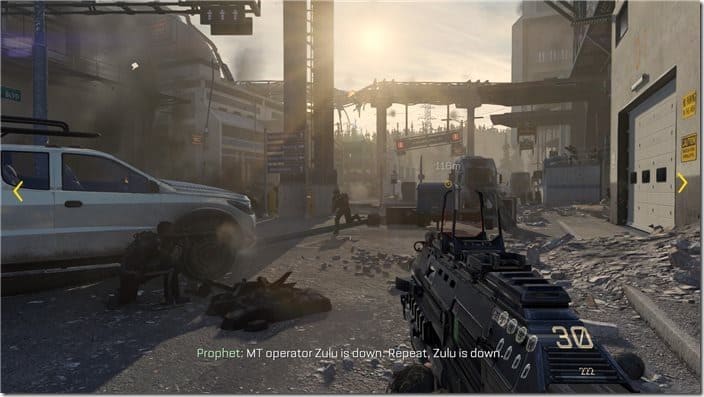 To keep things from getting repetitive, the team at Sledgehammer Games throws everything that you can think of: a car chase, dog-fighting in a jet fighter, mowing tankers from a battleship, and more. It can get overwhelming at times, but it does keep you away from doing the same thing over and over again. They also throw in a few stealth missions to slow the pace a bit and a few other memorable missions. 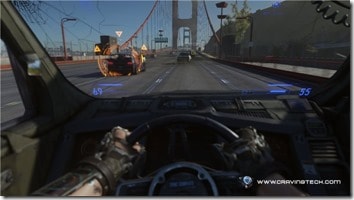 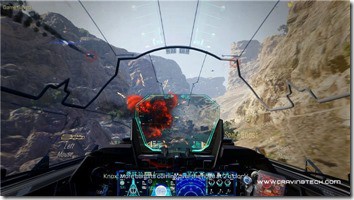 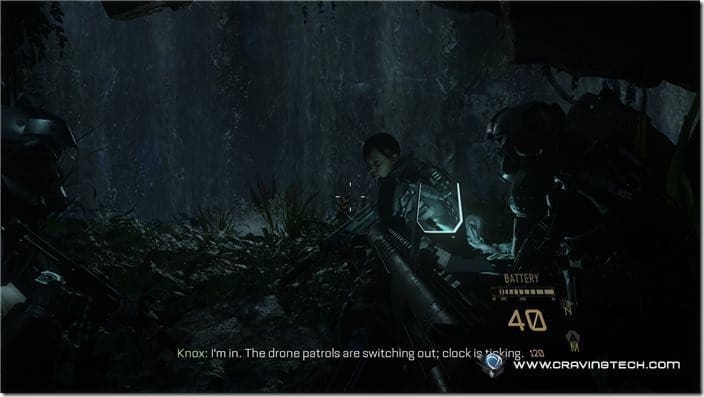 This is actually the first time that I was looking forward to continue playing the campaign and when it ended, I felt satisfied. In fact, I didn’t touch the multiplayer aspect until I finished off the campaign (which never happened before). 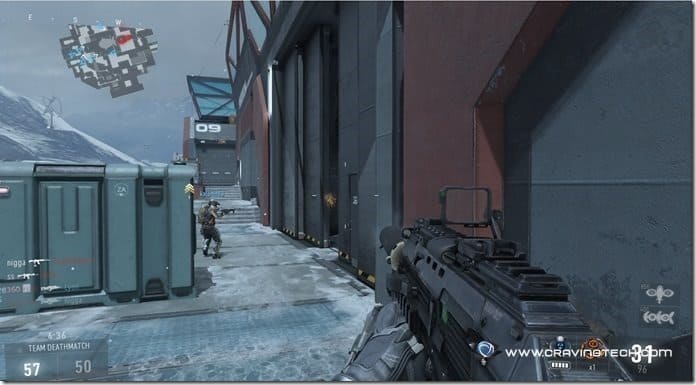 On the multiplayer side, it’s Call of Duty bread-and-butter. It’s still the same fast-paced shooter that Call of Duty fans love. This time, however, the fun is amplified, thanks to the new tools to play with (like the EXO Suits) and of course, the new graphics engine. There are many ways to unlock weapons and attachments, such as being able to trade a loot found during a multiplayer session for experience. There are also rare loots (such as modifications to a weapon) to keep every match something to look forward to, like finding a rare item in Diablo. There are new varieties of game types apart from the usual Team Deathmatch or Free-For-All, but it looks like those two are the most popular and quickest to get into. I needed to queue and wait for most of the other game types.

Multiplayer is fun as always, and there are new tricks to employ and hold on to, thanks to the EXO Suits. Use them at the right time, and you’ll get the advantage. More often than not, I got owned from those who have mastered their EXO Suits power.

There is also a multiplayer coop if you don’t feel like killing one another. COD: Advanced Warfare is definitely the best Call of Duty games to date. I was a bit skeptical about the futuristic setting and armaments when I saw the first trailer. However, after playing the single player campaign and multiplayer elements, I had to admit I really like it. I think the developers at Sledgehammer Games were taking risks with the futuristic setting and I’m sure there were tough choices to make the weapons balanced. I’m glad that they could come out with something good and hit the right spots.

It’s the first time where I actually felt like I wanted to continue playing the campaign. I was actually looking forward to it. Apart from having more story and characters compared to the old COD games, the new engine definitely hits the right spot; it brings realism, enjoyment, and freshness to the Call of Duty franchise.

Now if you excuse me, I still need to get some revenge for being bullied by noobs in my last multiplayer session.

Disclosure: Review code was sponsored for the review, but all opinions are 100% mine