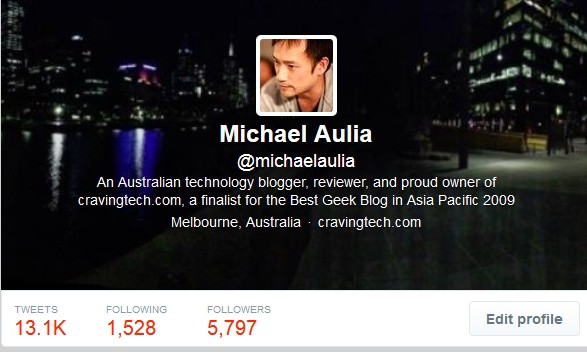 Over the weekend, Twitter was celebrating its 8th birthday (marked by the founder’s first tweet on 21st of March, 2006). Jack Dorsey, founder of Twitter, tweeted “just setting up my twttr” on that day, marking the official Twitter’s launch. As such, it was also the very first tweet posted on Twitter.

To celebrate its 8th birthday, Twitter launches a new site, first-tweets.com, that allows you to check your first tweet on Twitter. Or alternatively, you can enter any Twitter’s username to check for his/her first tweet.

My first tweet is not interesting but thankfully, not the lamest. I remember tweeting a lame tweet like “Tweeting in the toilet” which is probably my second or third tweet (can’t remember now). My first tweet was back on the 28th of March 2008: 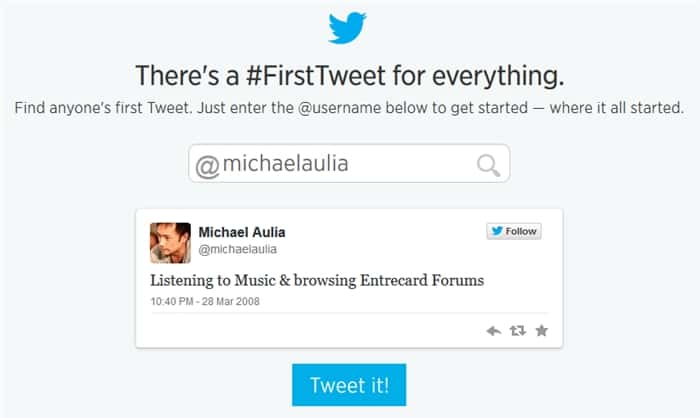