The Witcher 2 Review – I’ve been playing The Witcher 2 for a couple of weeks now and I’m truly impressed with the sequel. The original Witcher was released a few years ago, developed by a Polish company, CD Projekt RED. The sequel, made by the same company, delivers an even better graphic, gameplay, and game world. There are a few minor things that strip the fun a little bit, but overall, the sequel is really solid and in my opinion, deserves to be called RPG game of the year 2011 (although it’s a bit early to tell since there is the upcoming Elder Scrolls V: Skyrim. At least Bioware has pushed back Mass Effect 3 to 2012). In The Witcher 2, you will still be playing as Geralt of Rivia, a Witcher from the original game. The Witcher 2, however, shows gorgeous graphics, thanks to the new engine built by the team. If your rig can handle it, you’ll see one of the most beautiful RPG games ever made so far on the PC! I manage to get a High setting (recommended by the game) on my NVIDIA GTX460 but after a bit of tweaking, I can get the Ultra setting (minus a feature called Ubersampling that I had to turn off) on the 1680×1050 resolution. 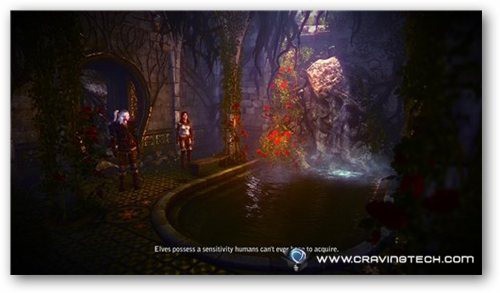 You will be going through multiple locations with different settings and they all look terrific! The Witcher 2 probably has the best looking forest that I’ve ever seen and battlefield settings are really believe-able (such as the one in the Prologue and later on during the game). From the art book that I’ve downloaded and read, the team has definitely done a tremendous research and design on almost everything in The Witcher 2 – the siege engines, the textures of certain buildings, and all the little details that I would probably not notice in the game! 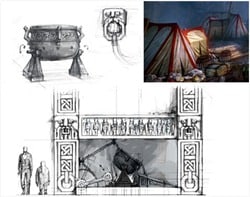 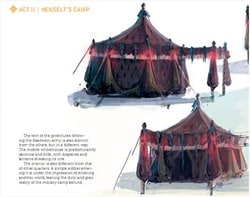 Day and night happen naturally on the game and the game engine handles them well: 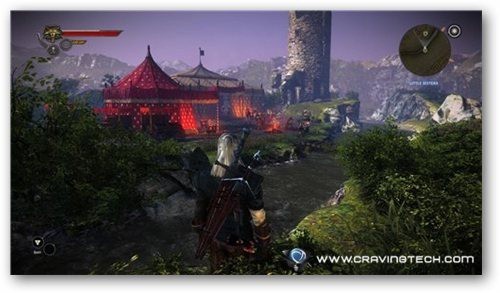 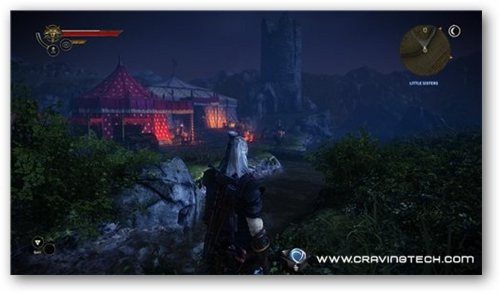 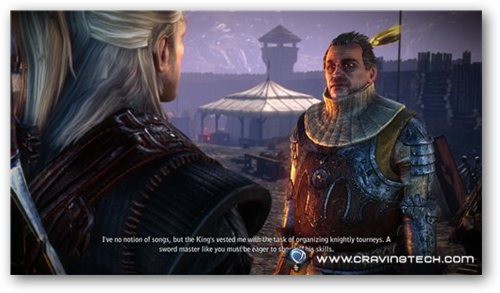 If you have played The Witcher in the past, I would suggest to re-play it again. If you haven’t, it is wiser for you to get the first game and play it first before you play The Witcher 2. Why? It’s because The Witcher 2 assumes that you know the backgrounds of the game (such as what a witcher is, what is this group called Scoia’tael, and so on). You will be okay without any knowledge of these as you can guess it up while you play The Witcher 2. I have forgotten about these myself but I could pick them up as I played. There are also journals/references to explain things further, assuming you like to read. In the end, there are still lots of things in the game’s lore, if you want to know more.

I don’t really want to spoil the storyline but suffice to say, there are enough sub-quests and sub-plots in The Witcher 2. There are those dialogue decisions that you have to make and like other recent RPGs (Bioware’s), each decision can lead to a different outcome. 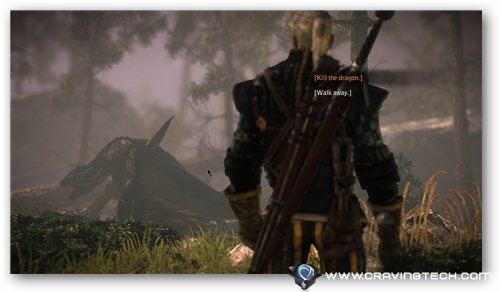 In The Witcher 2, however, the different outcome can be quite drastic and have an effect pretty much later during the game (not immediate). These story branches will not stray from the main path though, but they are interesting enough as you can be in different places (with different people & quests), depending on the choice you made earlier. I’ve also heard that there are even multiple game endings in The Witcher 2. 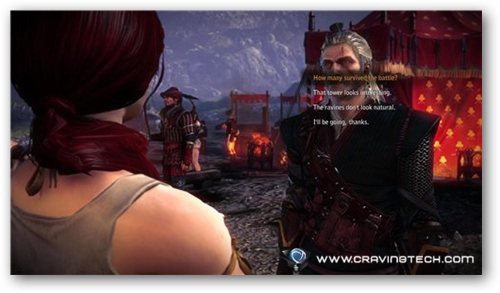 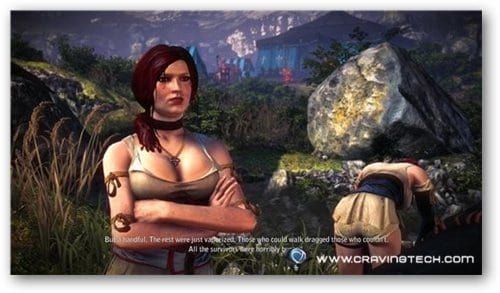 As such, there is some sort of replayability in The Witcher 2 if you want to go through it all over again. Combat has taken a step in difficulty compared to the previous game. It is harder to win when you are being surrounded by a group of enemies since you cannot just spam your mouse clicks. In the beginning (during the Prologue), it could get a bit frustrating since you barely had any good protection and damage to kill enemies quickly. After a few hours of play though, you’ll get more comfortable and combat gets easier (not to mention if you use the Shield spell called “Quen” – it feels like cheating).

Speaking of “Quen”, I should have mentioned that it will take you a while to remember which spell does what as spells are not named in simple English terms. A push spell is named Aard and the shield spell is named Quen, for example. Thankfully, the spells you can cast are not many so it won’t take you long to remember these weird names. Like The Witcher, you can create potions (through Alchemy) but this time, you can only drink them out of combat. So you cannot drink any healing potion and you cannot drink that extra strength potion while in-combat. This makes more sense (who has the time to drink a potion while being stabbed and chased?) but it angers most RPG gamers out there for this weird design decision. There is also crafting in the game where you can craft weapons, armors, or enhancements. These alchemy and crafting ingredients can be looted from the enemies (such as the saliva or the carapace) or from the natural inhabitants of the world (plants, flowers, etc). The Witcher 2 has different skill trees with different focus, such as using spells or relying on your swordplay. You can allocate your talent points to these skills, depending on which path you take. There are also fun things to do, such as doing arm-wrestling, poker dice game, or the bare-fist fighting to earn some Orens (coins).

You can then use the coins to..ahem..hire a service from the ladies (just make sure you don’t play this game with your parents nearby – you’ve been warned). The Witcher 2 is definitely an R18 game with its full nudity and virtual sex scenes.

There are some minor annoyances in the game: Despite of the minor annoyances, The Witcher 2 is a great RPG and deserves to be called RPG of the year! The Witcher 2 looks great and very well-polished. The dialogues and the voice acting are superb too, making me watch and listen to every conversation in the game even when they are not really that important to the plot. The world is totally believe-able and the details of every place in The Witcher 2 are phenomenal. There is not a single place (apart from the caves perhaps) that is just plain boring – the forest looks alive, battlefield looks real, and small details are there even when you may not notice it.

The Witcher 2 is an excellent RPG game without being too hard-core (with too many conversations) and not being too action-oriented. Love the graphics, love the music, love the art work, love the story, love the dialogue, love the characters.

You can also download The Witcher 2 screenshots pack from Brothersoft.

Have you got something to say? Feel free to give your thoughts on the Witcher 2 Review post’s comment form below.