And I can understand why. Pillars of Eternity II manages to capture the good, traditional style of tabletop RPG with excellent graphics, storytelling, and experience.

I was one of the lucky, old gamers who played Baldurs Gate II and Icewind Dale back in the days (some of you weren’t even born yet). There was no voice acting back then and graphics were not really their strongest traits, but the gameplay, style of play, & stories were awesome. The engaging storyline, characters, and dialogues kept me hooked for days and weeks. Pillars of Eternity II manages to capture the same essences and packages them into perfection. 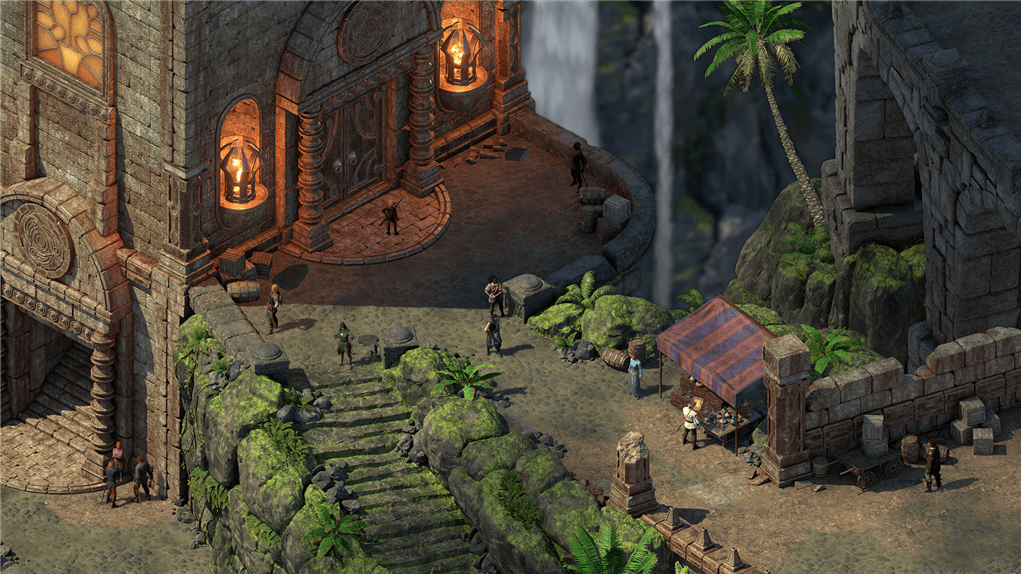 Starting from the character creation, there are lots of races, attributes, and classes for you to start upon. Pillars of Eternity II also introduces the concept of multi-class and specialisations which gives you more than enough to play around with. If you don’t play the first Pillars of Eternity, you can select some presets and custom scenarios of the decisions you would make in the first game, which will have some impact as you play the sequel (mostly on dialogue and interactions with the NPCs). I ended up having to watch a couple of videos on YouTube to explain what happened on the first game before playing, though. The game does try to give you the background story and other events in the original, but I find it better if you catch up through watching YouTube videos or reading summary articles before playing the sequel.

There are many references to the lore factions, gods, and first Pillars of Eternity events & characters, but thankfully there are always handy tooltips each time you roll over your cursor on these references.

Pillars of Eternity II has a deep story and lore which really reward you for listening to every conversation, reading the references through the tooltips, and understanding what’s going on within the game’s lore. Unfortunately, if you are the type of gamer who likes to skip conversation dialogues, you will not enjoy this game to the fullest.

But if you are a hardcore RPG gamer like myself (i.e you read and listen to (almost) all dialogues in an RPG game), you’ll be well satisfied. Pillars of Eternity II also has an intriguing design using art and imaginations. Yes, it’s that imagination during “storybook” moments and the detailed description of a character you are chatting to that actually helps to push Pillars of Eternity II into a more believable tale. After all, your imagination is the most powerful tool in transforming the game into a more believable tale of your own. 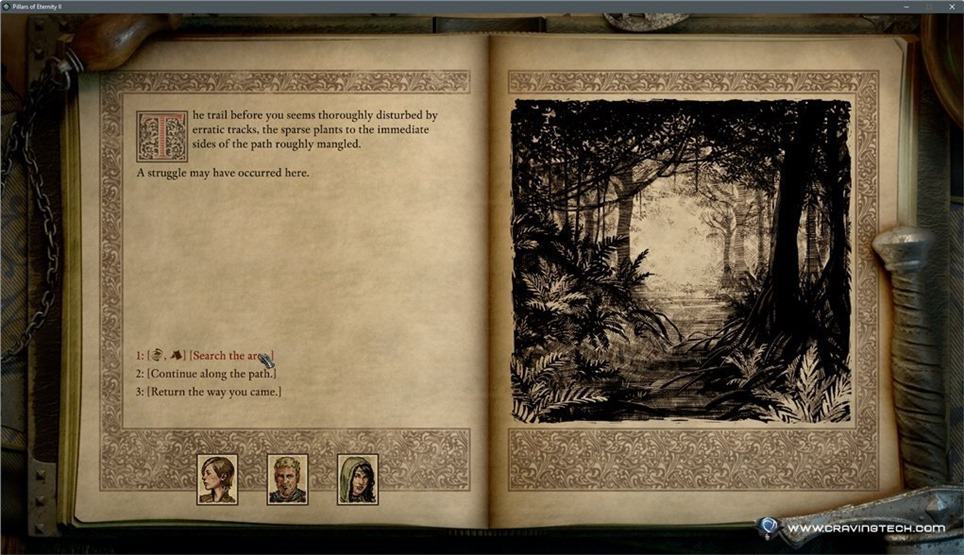 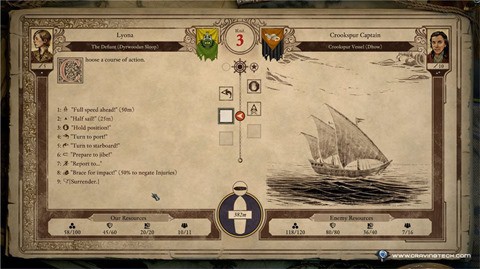 I think there are too many gods, factions, and lore to understand and delve into – which I find quite overwhelming at first. But as soon as I dedicated myself enough time to be in the world of Pillars of Eternity (rather than trying to find something to kill all the time, for example), I started to actually care more about what’s happening in the game.

As I played the game around the 15-20 hours mark, I can see that I’m still barely scratching the surface of Pillars of Eternity II. I find myself distracted by the game’s factions and tensions between them, the side quests of my own journey and companions, or simply by exploring and imagining how my character fits in the lore. There are just a lot of things to do in the game and that’s a good thing.

I’m not much of a fan of the main story to be honest, but I definitely enjoy everything else. Quests are interesting to do and does not feel like a chore, ships’ crews are actually real people that you meet in the game and can talk to, and your decisions always feel like they have an impact in the game (or you imagine them of having an impact). Combat wise, I prefer a turn-based than a pause-resume style (for more strategic decisions) but it does make combat quicker to resolve, especially when fighting easier monsters. There are lots of skills and abilities to manage, even with the in-game’s custom AI. This shows the complexity, customisation, and deep design of Pillars of Eternity 2. But again, if you take the time to really understand each companion’s classes and abilities, you will definitely enjoy the so-many choices and builds you can do in the game. Graphics and animations are top-notch, though I’m not sure why I can only get around 8-25 fps on an i7 Skylake with 32GB DDR4 RAM and a GTX 1080 (on 1920×1080 resolution, Low graphics setting). It seems that some are having a similar problem so it might be the combination of hardware and drivers in my machine, or a future patch might fix it). Disabling Steam’s in-game overlay helps a bit, but things still get stuttery at times. Pillars of Eternity II: Deadfire is massive and immersive. It truly has a deep lore with many different gods and factions with different interests and principals. Its character progression system has many combinations and skills to read and look into, and its side stories will quench your thirst and imagination as you get deeper and deeper into the game.

I don’t find the main story interesting enough (compared to Divinity: Original Sin 2, which I have finished playing) but the whole lore, faction tensions, and the many unexpected events through these storybook moments have kept me hooked in the game and made me want to explore more and more. It’s the whole package that makes Pillars of Eternity II shine at its best.


The combination of classes, abilities, AI scripting, lore, and quests can easily overwhelm you if you don’t actually stop “playing the game” and processing through all these when you start. Quests also don’t have map trackers though the journal tries its best to summarise about the quests and what’s been happening so far. And some stuffs feel like a chore in expense of realism (such as having to feed your crews with food and water daily).

But the graphics, music, sea shanties, and voice-acting are awesome – and with iconic voice actors like Matthew Mercer (Mr. McCree from Overwatch), there is nothing to complain about.

I don’t play the original so unfortunately I can’t compare it with the sequel, but Pillars of Eternity II: Deadfire is shaping to be one of the greatest RPGs of all time! I totally enjoyed playing and finishing Fallout 4 and Divinity: Original Sin 2. Now I’m looking forward to spend weeks on this game next. Disclosure: Pillars of Eternity II: Deadfire Review license was supplied for reviewing but all opinions are mine and not paid