Hard West Review – It’s hard not to mention XCOM in this game because I love XCOM so much, especially the turn-based system that works so well and has made the inspiration to many recent turn-based games out there.

Hard West is such a game, and it also features a dark story based on the Wild West, a period in the 19th century of the United States.

The game design reflects this era well, with the stories narrated by a deep-heavy male voice throughout the game. The campaign is actually (and unfortunately) separated by scenarios that are somewhat disjointed and continuum at the same time.

You will be playing a different character on each scenario which makes it hard to actually have a deeper connection with each of the character. As you’ve grown accustomed to a character’s personal traits and strengths, the scenario is already over and you’ll have to move on to a different one (which can sometimes related to the scenario you just played). 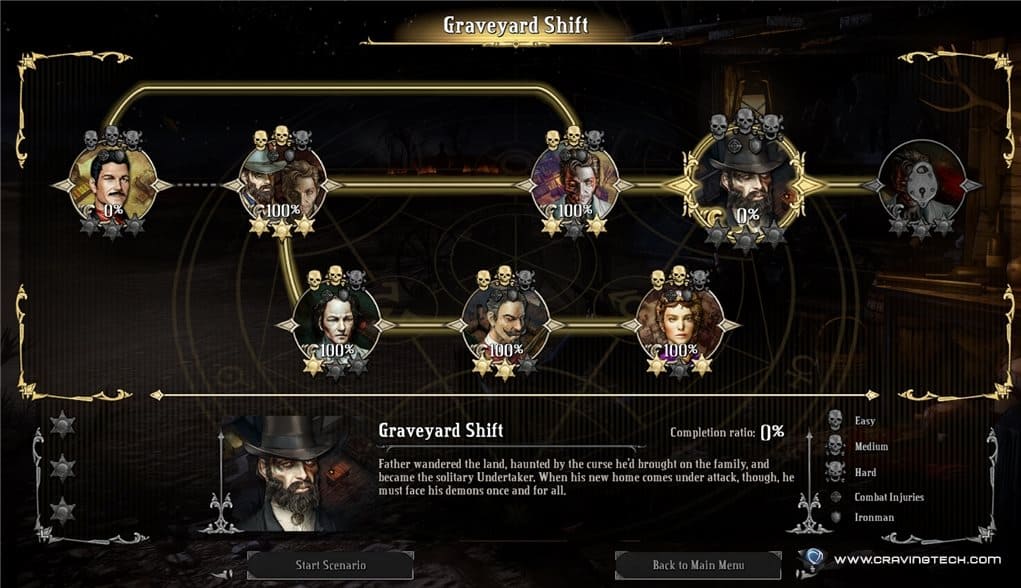 Saying that, however, the scenarios are interesting to go through and I always had the curiosity to find out what’s going to happen next. When you are not in combat, a text-based storytelling, mixed with an audio narrative give you options to decide – which sometimes will affect what’s going to happen next to a degree (don’t expect it to have huge story branches like what Bioware games or The Witcher series have done though).

This part of the game allows you to dwell further into the story, reveal more of the character you are playing, and also to shop for healing potions/elixirs and weapons. At times, you’d feel like you just want to skip these parts and go straight into action. 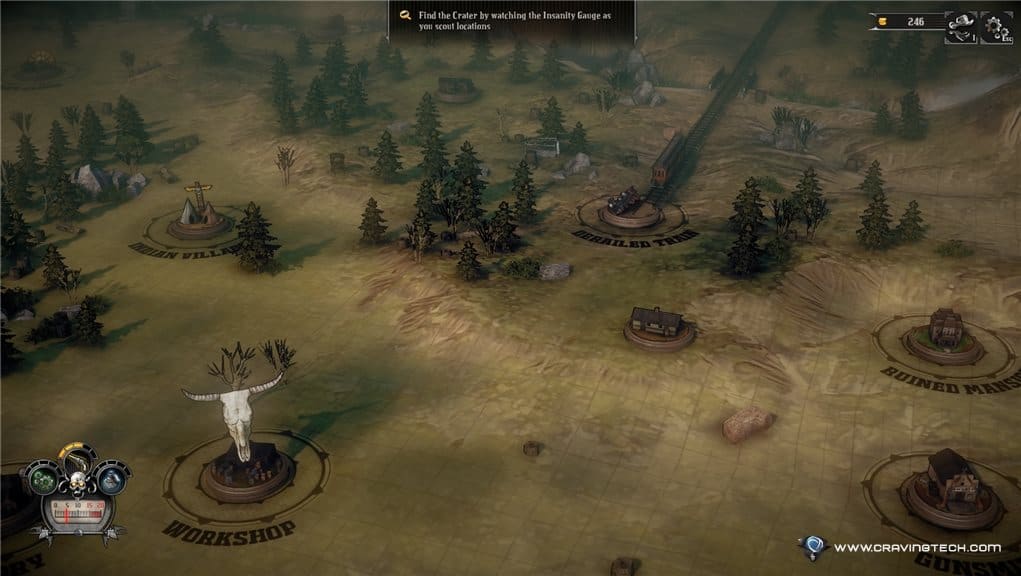 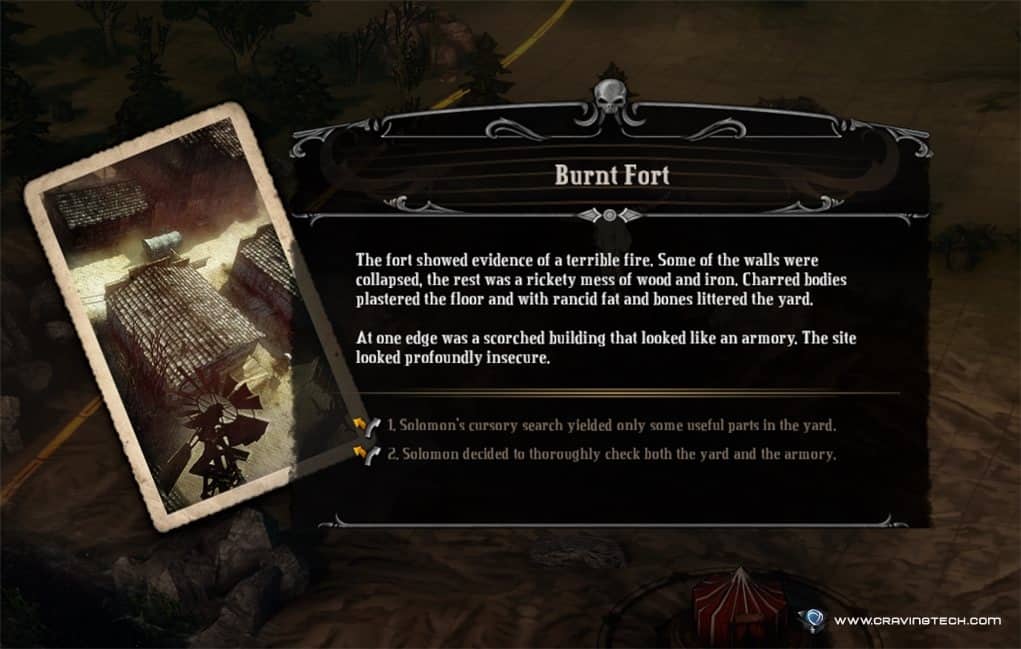 Once you go to the action/combat part though, the game shines. As expected, the XCOM-style turn based combat makes it fun, challenging, and satisfying at the same time. The game engine is good and the art direction is excellent. Walls and covers are non breakable though. 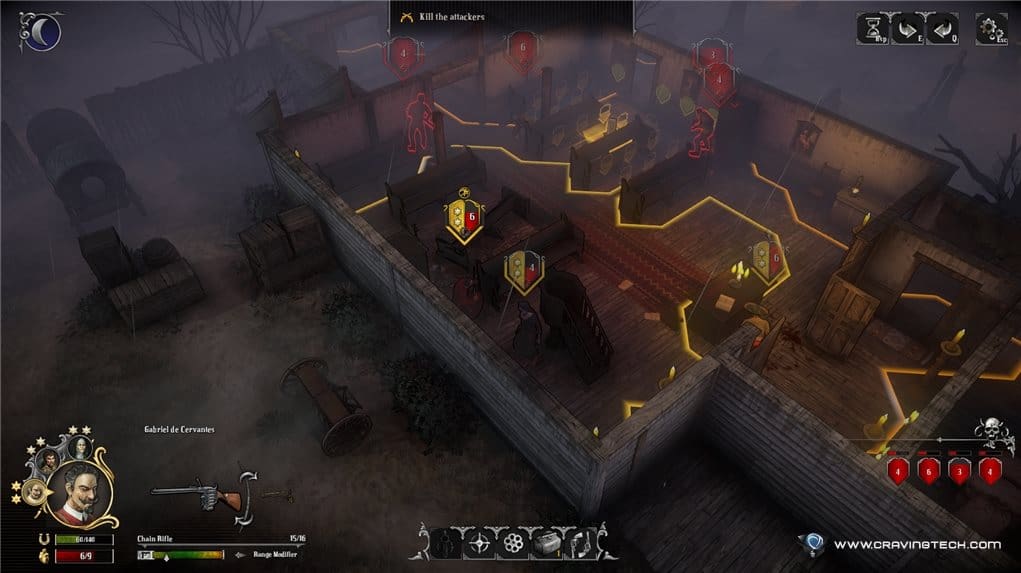 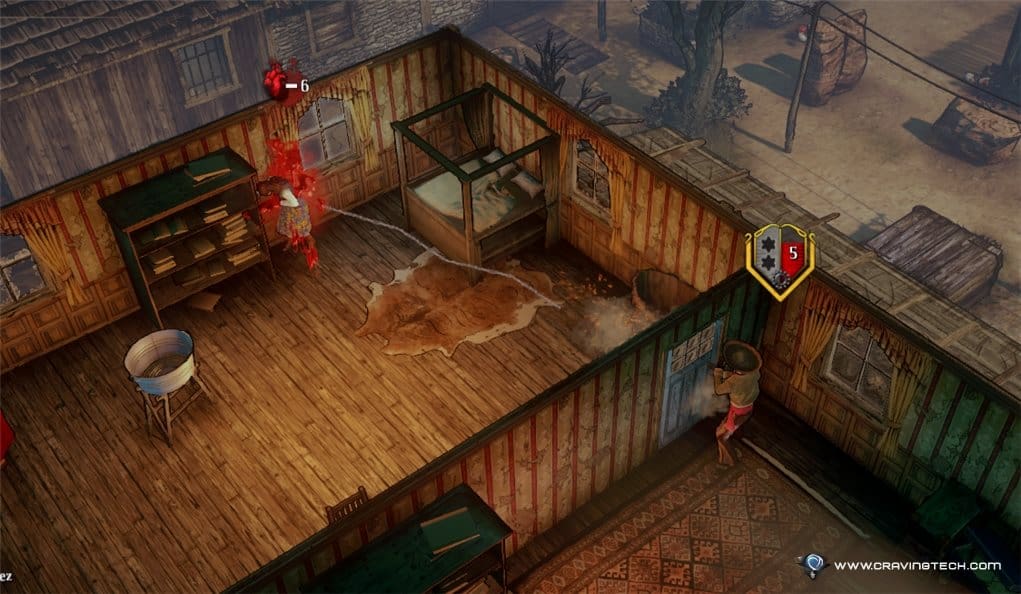 Rather than having a character progression by adding skill points or attributes, Hard West decides to use a card-based system to enhance your characters. Cards, as you collect them, can be assigned to a character which will give him/her a boost of attributes (such as aim) and even new abilities. The abilities are cool and unique, such as the Golden Bullet which allows you to shoot through walls with 100% accuracy, Ricochet which makes your bullet hits a target at an impossible angle, or Cannibal that allows you eat a dead body to gain health and stats. 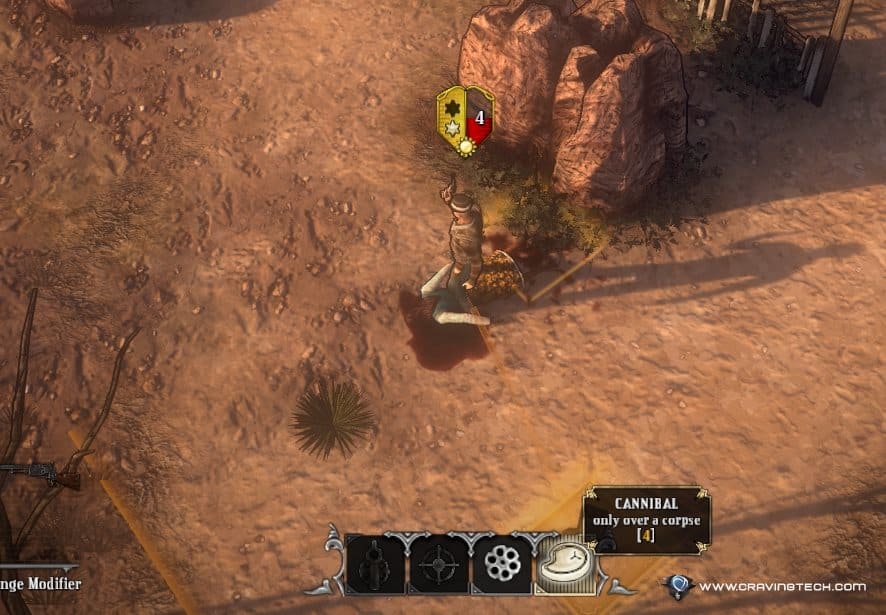 Assign cards like Poker categories/ranks to a character (such as three of a kind, or royal flush) and you’ll get even more bonuses. My preference is having a progression skill tree so I know my characters well and what purpose they’ll play in every combat. But Hard West surely gives a unique and something new to experience. Hard West is a hit and miss. There are so much potentials in the game that I wish there is more to be done. I wish the story consists of a single main storyline so I can fully invest in a character or two, rather than having the game takes me to a different character once I’ve grown a liking to one. I wish the weapons have more varieties with different weakness and strengths so I can really feel it in combat. I wish there are some kind of better progressions to my character skills and attributes than using a card system.

I know it feels like I have lots of wishes, but that’s probably because Hard West is not a bad game. Hard West is a good game full of potentials where the team was not shy and brave to add new, exciting elements into the game.

Rather than making it a pure XCOM clone set in the Wild West era, Hard West feels somewhat dark, unique, fresh, and different.

Hard West is unique and full with a twist here and there. You will definitely have fun with Hard West, assuming you don’t have a high expectation that it will be like XCOM, or better. For that, we may have to wait for XCOM2.

Disclosure: Review license was sponsored for reviewing, but all opinions are mine

Philips Hue range to be one of the first to support the new smart...

Will data analytics and AI fuel the future of airline safety?

IBM i – A legacy of open source

SteelSeries announced a new gaming mouse for gamers who play all kinds of game...