Craving Tech -Technology and Reviews
Home Others Opinions 4 Obvious Reasons Your Flat Screen TV Should Be Mounted On The... 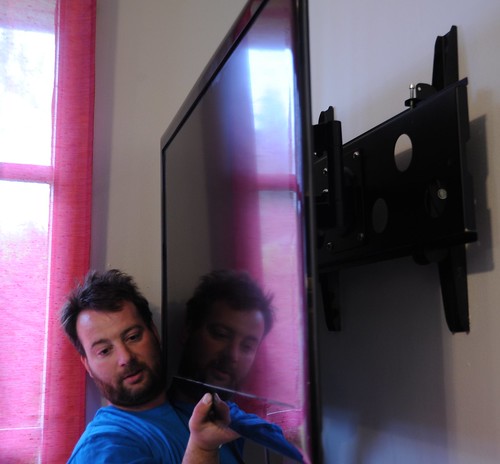 It’s the 21st century and the days of big chunky TV’s is well and truly over. Everyone is slowly upgrading to flat screens because they are the future. But still you see the same thing over and over again. People are using flat screens just as they would a normal TV. If this is you, maybe you never got the memo. Put it up on the wall.

Let’s see why you need to get with the times and get the thing mounted. 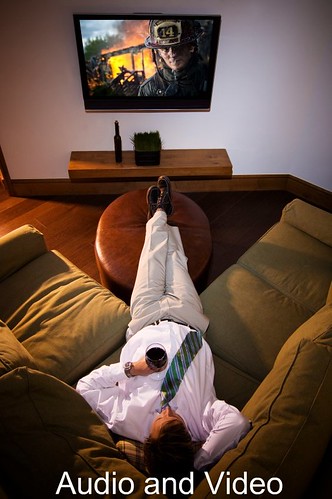 That’s one of the biggest flaws with normal televisions. You know they take up far too much space. It’s more or less the centre piece in your whole living room when it shouldn’t really be. You’re losing way more floor space that you could be using for other things.

Can you imagine what you’d do with all that extra room? Even if you don’t put anything in its place, your living room will automatically look bigger. Nobody wants to live in a cramped space. You might think that’s an exaggeration, but wait till it’s up on the wall and you’ll see.

Flat screen TV on the wall – It’s sleek and stylish When you walk into the living room your eyes fix on that huge thing lying in the middle of the floor. It looks rubbish. I don’t care how nice the actual flat screen is. It looks out of place. Once it’s up on the wall it almost adds to the decor of the room.

Once it’s up there it’s still possible to hide all the cables behind it because it sticks out from the wall a little bit. If you have really nice photos you could set up a slide show and they will display when no-one is watching TV. It’s like an interactive photo on the wall. Very cool.

Flat screen TV on the wall – You get a better view

If you’re going to put it on the wall you won’t just pick it up and throw it anywhere. That’s a really bad idea. Your flat screen will have an optimal viewing angle which is a specific height that it should go at. It won’t feel like you’re staring upwards into space.

It’s actually designed to support you and stop you from straining your neck or eyes. Of course this won’t be the case if you don’t put it in the right place. It will make it a lot more enjoyable when you’re watching your favourite movies.

Flat screen TV on the wall – They should be mounted

Your flat screen will be easy to mount. With two people it should take you no longer than an hour to set it up. Are you wondering why it’s so easy? Because that’s what they’re made for, so they are designed to be mounted on the wall. Leaving it lying on the unit is the lazy way out.

All you need to do is check on the Internet for your specific brand and you can find out exactly what to do. If it’s still new you will find instructions in the box. They should have holes embedded and are easily mounted onto TV brackets. Just remember it should be a two person job.

Note: This post was written by Brian. He loves conducting research on various technology based topics and recently conducted a study of some great flat screen 32 inch TV deals and TV mounts.