Note: This is a guest post written by Willam Markson If you put a little effort into it, you can find quite a few tutorials online that can help you clean the contents on the HDD of your Mac. The problem is that most of those take a lot of time, effort and require you …

If you own a WordPress blog, you should know by now that the more plugins you’ve got, the slower your blog/website gets. This is because each installed and activated plugin usually has their own JS (JavaScript) and CSS (Cascading Style Sheets) running on every page and post. Obviously, you don’t need them to be running … 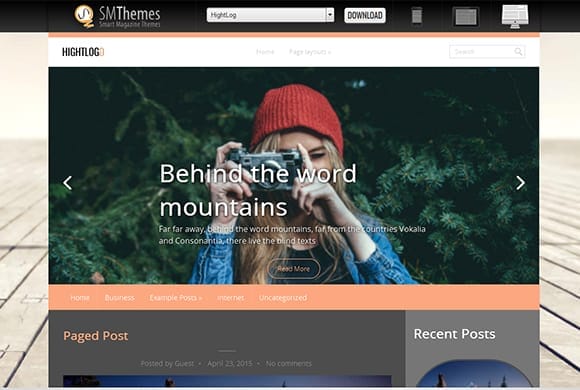 Note: This is a guest post written by Sunalini Rana 50 Best Technology WordPress Themes – Technology websites represent the epitome of technology because of the way they so intricately combine the latest technologies of website development and then the way they information or sometimes even technological gadgets on those technologically superior websites. If you … After winning Game of the Year, Best Game Direction, Best Multiplayer, and Best eSports Game of the Year in the Game Awards 2016, Overwatch by Blizzard has no plan of staying still. At the latest Developer Update video from the Overwatch team, Jeff Kaplan (Game Director of Overwatch), unveils what’s coming to Overwatch in 2017.

Ultrabook vs Gaming Laptop – For years and years, I’ve been using a portable laptop, an Ultrabook from Samsung (Samsung NP900x3c) that only weighs around 1.2kg. Thanks to its lightweight design and fairly small dimensions, it can be thrown into a bag and carried around easily. However, the system specification is mostly limited and what I can …

A Gaming Laptop or Ultrabook – which one to choose? Read More » Microsoft’s next Xbox Console, Xbox One S, finally gets an Australian release date. According to the official press release from Microsoft Australia, the Xbox One will be available in Australia on the 2nd of August 2016. If you have pre-ordered an Xbox One S, you should get your console on that launch day as well. iOS 9 is out today for the public, officially. If you are still on iOS 8 and haven’t got the notification to update yet, go to your iPhone Settings -> General -> Software Update to force a check on your iOS and update yours to iOS 9. If you haven’t been following the news …

E3 (Electronic Entertainment Expo) 2015 shocked and surprised many gamers with upcoming games announcements that fans have been waiting for, including never-before-seen gameplay videos and footages. Here are some of the upcoming new game trailers unveiled at E3: Fallout 4, The Division, Star Wars Battlefront, Doom remake, Call of Duty: Black Ops III, and an … Note: This is a guest post written by Andrea Loubier, CEO of Mailbird. For more info about Mailbird, make sure to check out Craving Tech’s impression on Mailbird. The Problem with Email Email was literally the greatest technological advancement made to human communication in the 20th century, and…it still is. However what we see these … Yesterday, Beats Electronics LLC announced 2 new headphones, based on their existing popular headphones – the Solo2 and PowerBeats2. These two headphones will be widely available in July 2014 (and already available now on a few selected retailers, if you can’t wait to get a hands on one).