A toothbrush that cleans without having to brush your teeth? If that sounds unbelievable, then you are wrong. Apart from having to scratch your teeth and gum with a brush, there seems to be a… non-barbaric way to do it.

The Emmi®-dent revolutionise the usual tooth brushing chore by using an Ultrasound technology to kill bacteria and clean your teeth; simply by resting the brush on your teeth (yup, no actual brushing is required). 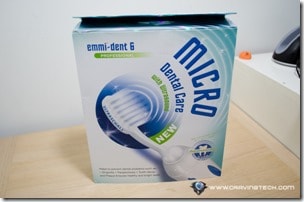 Emmi-dent, a toothbrush with Ultrasound technology

But why all the trouble? Aren’t we all happy enough using our regular toothbrush or electric toothbrush? According to Emmi-dent‘s product page, the Ultrasound can give so much more:

It works by transforming the included ultrasonic toothpaste into millions of microscopic bubbles to clean your teeth all out. Just watch this video for an explanation about how the technology works:

You unfortunately have to use their special Ultrasound toothpaste because a regular tooth paste is not specifically made for this purpose. Priced at $8 a pop plus $9.90 shipping free, it can be a high-cost maintenance (at the moment, you can only buy the tooth-paste online from their site). The toothpaste does feel different, because when I munch the toothpaste in my mouth, it feels like munching sugar (with tinier particles); which makes me believe that it really consists of these nano bubbles as advertised.

If you really want the best cleaning and oral hygiene (not to mention visiting a pricier dentist less often), then that price is a small price to pay. 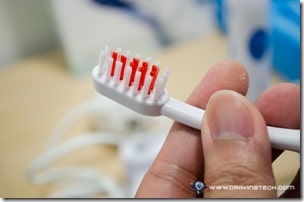 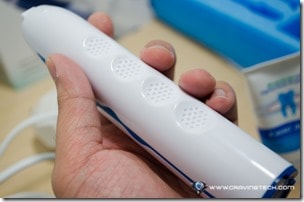 The Ultrasound technology on the Emmi-dent:

I was skeptical at first and I’m sure some feel the same way.

First of all, this technology is not really new and so far, positive reviews and results have made their ways to the public (especially those with all sort of teeth problems). Professional dentists around the world have also given their thumbs up for this technology according to online papers and media. Though I haven’t really read the actual research papers and all that, if Ultrasound is a scam, then dental professionals would have already caught it. Instead, Emmi-dent is all over the news – interviews, TV, newspaper, magazines, etc.

As in my own experience, I do feel that the teeth feels squeaky after brushing with the Emmi-dent and its toothpaste (using my tongue and also by grinding the teeth together).

I didn’t really notice the teeth whitening, but this was probably because I already went to the dentist a few months ago to whiten my teeth up (and I only drink one coffee a day).

After looking at my Before-After photos, however, I do notice Emmi-dent has done a good job in cleaning hard-to-reach areas (yeah, I have bad, un-even teeth as you can see). I’ve marked the areas I can notice the most at how clean Emmi-dent cleaned the teeth, compared to my old electric toothbrush.

Though it has a somewhat pricier maintenance as I have to keep on buying the special toothpaste, it is worth the money (judging from my 2-week test, it seems that it will last for about a month; using it twice a day). I’m definitely going to use Emmi-dent from now on and put my old electric toothbrush on the shelf.

Unfortunately I’m not a dentist or anything, so I can’t give any professional opinion and comment about the Ultrasound technology. From my own experience, Emmi-dent with Ultrasound definitely cleans better than the conventional and electric toothbrush and does not bleed my gum. Rather than brushing my teeth haphazardly, I definitely can’t wait until my next trip to the dentist and hear what he says. 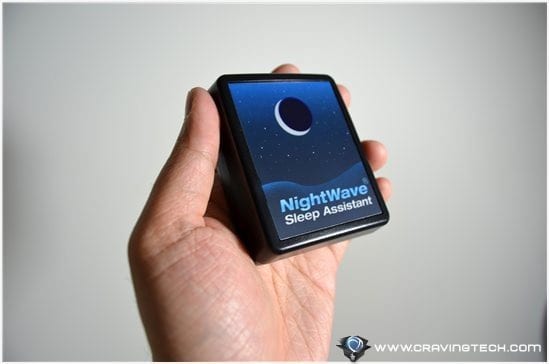